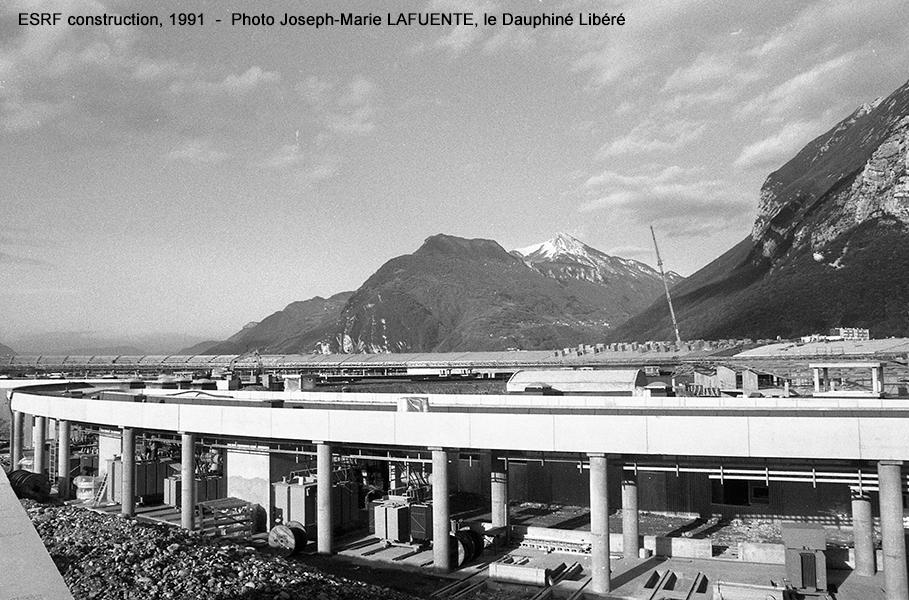 The HERCULES (Higher European Research Course for Users of Large Experimental Systems) school was founded in 1991 by Jean-René Regnard, from Université Joseph Fourier (UJF), and Claire Schlenker, from Grenoble INP. At that time, the high flux reactor ILL (Institut Laue Langevin) and the EMBL (European Molecular Biology Laboratory) were already present in Grenoble, while the ESRF (European Synchrotron Radiation Facility) was under construction. The Hercules 1991 school, organised by UJF and Grenoble INP, was offering a unique combination of European institutes. The founding partners were: the European institutes EMBL, ESRF, and ILL, the CEA (Commissariat à l'Energie Atomique), the CNRS (Centre National de Recherche Scientifique), and the IBS (Institut de Biologie Structurale), in Grenoble, together with the LURE (Laboratoire pour l'Utilisation du Rayonnement Electromagnétique) in Orsay and the LLB (Laboratoire Léon Brillouin) in Saclay, both located in the Paris area. It is worth mentionning that the 90's correspond precisely to the beginning of the spread of synchrotrons designed for users (3rd generation sources).
The first Hercules Annual Session (HAS) in 1991 lasted 7 weeks: 6 weeks in Grenoble and 1 week in the Paris area.

EVOLUTION OF THE HERCULES ANNUAL SESSIONS

The Hercules Annual Sessions, organised every year around February-March, were progressively shortened, down to 5 weeks nowadays. Additional partner large scale facilities joined the school and 2016 was the first year including 4 sites outside Grenoble:

The Hercules participants were split in 4 groups and sent for one week to one of these four partner sites. Then, in 2019, two additional partners joined Hercules:

Due to the shutdown of the ESRF in 2019 and 2020, the participants were split in three groups, each group visiting two of these 6 partner facilities. From 2021, 4 partner sites participate to Hercules every year, with a turnover, and the participants travel for one week to one of them.

The 20th anniversary of Hercules was celebrated at Minatec, Grenoble, in 2010, at the end of the annual session. The Hercules 20th symposium circular, with a review & testimonies about 20 years of Hercules can be downloaded here.

In addition to the HAS, one-week Hercules schools have been regularly organised in Grenoble, from 2006 to 2017. These Hercules Specialised Courses (HSC) include 2 days of practicals at ESRF and/or ILL and deal with selected research areas among hot topics. They gather 24 participants on average. The list of all such schools is given hereafter, and all the details can be found here: